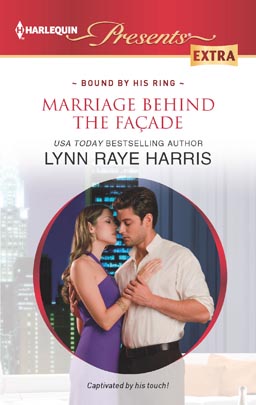 Title: Marriage Behind The Facade

Series: Bound By His Ring

Review: Lynn Raye Harris has done it again! A passionate tale of two tortured souls who find each other but struggle to express themselves emotionally.

Malik learns of her decision to contact a lawyer and shows up unexpectedly in California that same day. Sparks fly but Sydney is determined to remain strong and end her one-sided marriage – she loves Malik but he is an emotionally-distant man and has been overheard saying his marriage to her was a mistake.

I love how Sydney gets her soon-to-be ex to fork out a ton of money for a Malibu property. 🙂

But as with many alpha heroes, Malik refuses to lose his wife ‘just so’ and evokes an ancient law from his homeland of Jahfar – they must spend 40 days together as a couple before a divorce can be granted.

But it’s not until Sydney and Malik enter the Al Na’ir desert that they give in to their sizzling attraction to one another. Boy oh boy do they steam up that shower! ;D 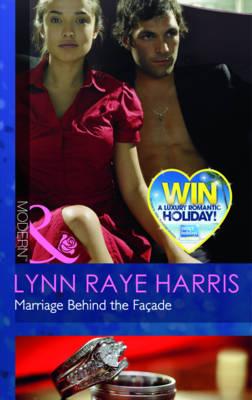 Alas, hot sex isn’t enough to overcome the emotional distance on Malik’s part and the reluctance on Sydney’s part to lay all her cards on the table…That is until they end up trapped in the Land Rover during a sand storm.

I love how Lynn Raye Harris brings this couple together. You’re rooting for them the whole way but nothing happens as expected. Hence my 5 star review. Looking forward to more sexy sheikhs from Lynn! 😀

Synopsis: Sydney Reed dreamed of being a princess in a faraway land, and couldn’t believe that smolderingly sexy Sheikh Malik of Jahfar would marry plain old her—even out of convenience. But the dream has ended and she’s back to reality with a thud!

Now Sydney needs his signature on the divorce papers—Malik, however, has other ideas. Jahfaran law requires that they spend forty days together as man and wife before Sydney can be free of him forever. Out in the scorching desert, Malik holds all the power—he’ll make sure their forty nights are more than worth it…

Purchase links (click on red words for links to sites):

“Marriage Behind the Facade” on Amazon, Barnes & Noble and on the Harlequin website. 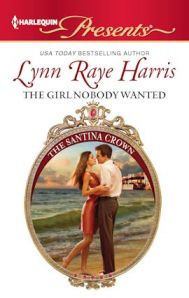 Title: The Girl Nobody Wanted

Anna Constantinides, publicly humiliated when her longtime fiancé announced his engagement to someone else, might have thought things couldn’t get any worse.… Until her private jet crash-landed on an uninhabited island, leaving her stranded with billionaire hotel magnate Leo Jackson. 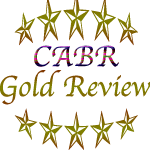 Renowned playboy Leo’s reputation is legendary, and if the smoldering looks they were fighting to contain when rescued are anything to go by, there can only be one question on everybody’s lips: Just how long did it take wickedly sexy Leo to undress buttoned-up heiress Anna?

Review: Lynn Raye Harris has written a true gem in “The Girl Nobody Wanted” (TGNW) – an outwardly composed heroine with deep emotional wounds who faces off against a seemingly care-free playboy with his own family issues to deal with.

Anna’s strength amazed me; to remain composed while the paparazzi and her fellow royalty pay keen attention to her every move while attending her former fiance’s engagement party? That takes skill. 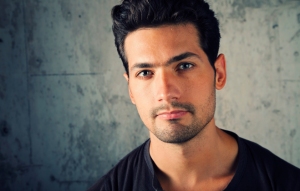 The one person able to see through her facade is Leo, the brother of her fiance’s soon-to-be wife, Allegra.

A businessman and owner of the Leonidas Group, which builds luxury hotels in exclusive locations.

This is Leo, as pictured on the I Heart Harlequin Presents website page dedicated to The Santina Crown series.

One can see what draws Anna to Leo even as she fights to deflect him from seeking the truth about what makes her tick. Where others see a serene princess-in-waiting, Leo sees a woman so busy suppressing her passionate nature, she doesn’t even realise it exits. 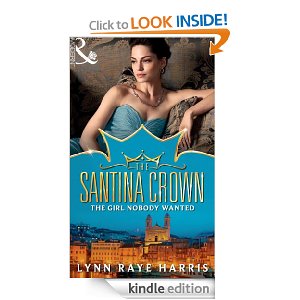 Anna is challenged emotionally by Leo on their two-person flight to Amanti; naturally Leo is a trained pilot and prefers to fly himself whenever he can, but when their plan crashes after they divert from the flight plan, the sniping turns to kissing. 😀

Boy oh boy, do Anna and Leo have chemistry together! They’re a great match in wits and in bed, or in this case, on the beach.

This story gets even better, yes it does, when they return to reality and have to face life after the island.

Leo’s relationship with his father shows a depth to our hero that makes you fall in love with him even more than you already did for shaking Anna out of her shell.

Anna herself inspires you because she’s willing to be bold, put herself out there, in the hopes of finding her own happiness and identity away from Amanti and Santina.

I’d love to be there when the Jackson family and the Santina royal family have a get together to see how Anna and Allegra interact. I’d expect some fireworks but a fun, loving relationship in the end. 😀

Although this is book 7 in The Santina Crown series, you don’t have to read the books in order. So head over to your nearest bookstore now and pick up a copy, paperback or eBook, of The Girl Nobody Wanted.